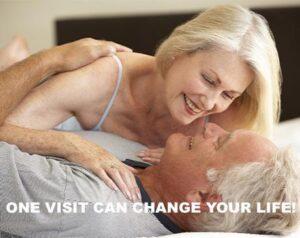 there are No Needles – No Medications – No Surgery

Unlike other treatments, the RejuvaWAVE® Protocol treats the actual cause of the problem, not just the symptoms. The technology originates from noted Swiss experts and has been used successfully in Europe and around the world.

It works by using painless acoustic energy waves, done in 12 short in-office sessions (for the price GainsWave and others charge for six).  RejuvaWAVE® is usually twice a week. Most of the time, patients see results after just the first few treatments, and those results are long lasting. 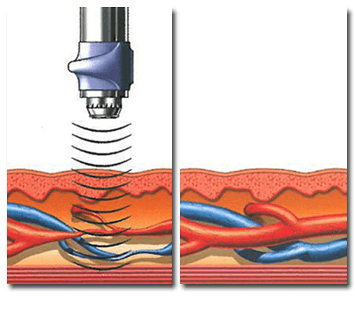 RejuvaWAVE® may be the solution you are looking for.

Rejuvawave® ED Shockwave is an evidence-based, alternative treatment for erectile dysfunction, or ED. The key to satisfactory erectile function is good blood flow within erectile tissues. Oral ED medications, such as Viagra, Cialis, and Levitra are designed to improve blood flow, however, they are not indicated for all men, and have many harmful side-effects. These medications only work on half the men prescribed them, and with potentially dangerous side effects.

Rejuvawave® provides a breakthrough solution addressing all aspects of Peyronie’s Disease. Research shows Rejuvawave® can be a safe and effective treatment option. Doctors around the globe have been utilizing shockwave therapy and analyzing its effectiveness for treating the symptoms of Peyronie’s Disease in clinical trials (EAU). It has shown considerable progress in reducing the pain associated with PD as well as eliminating the scar tissue and plaque buildup that causes Peyronie’s.

What Makes RejuvaWAVE® So Effective?

The blood vessels that supply blood to your penis begin to close up and decay, the older you get. The gently pulsating waves of the RejuvaWAVE  Protocol promote increased blood flow to the penis by opening existing blood vessels and stimulating the growth of new blood vessels. The improvement in blood flow results in stronger, harder, and more sustainable erections.

The pulsating waves also trigger a healing response that “wakes-up” dormant stem cells and growth factors in the penis. The release of these “growth factors” also stimulate the creation of new blood vessels, as well as the rejuvenation of erectile tissue.

Who Can Benefit from RejuvaWAVE® ?

Any Man Seeking Drug-Free Male Enhancement – You do not have to be suffering from ED, or any other medical condition to benefit from RejuvaWAVE® Protocol. If you want to perform your best, and satisfy your lover like you never have before, RejuvaWAVE® Protocol can help!

What Should I Expect from RejuvaWAVE® Treatment?

In just six to twelve 20-minute sessions, RejuvaWAVE® can get you on the road to enhanced sexual performance. Providers nationwide use a specific patented methodology designed to optimize patient safety and results, and must comply with medical guidelines to ensure efficacy. As a result, they see a 75% success rate among patients, who reported harder, stronger, and more sustainable erections.

How Does RejuvaWAVE® differ from other ED Shockwave Therapies

John Hopkins University revealed that over 18 million men in the United States above the age of twenty deal with difficulty sustaining an erection. ED or Erectile Dysfunction is a condition that solely affects men. ED, also referred to as impotence, is an abnormal physical or psychological state of a male characterized by inability to engage in sexual intercourse because of failure to have or maintain an erection. While current treatments such as prescribed oral medications, surgical implants and pumps boast an 80% success rate, there are side effects. These including dependence and decreasing drug effectiveness over time, migraines, dizziness and drug interactions. And of course, such an invasive surgery is prone to pain, long recovery times and potentially serious complications. This is why a revolutionary treatment was created to combat this most inconvenient of ailments – RejuvaWAVE®  ED Shockwave Therapy.

RejuvaWAVE®  ED Shockwave is a viable drug-free treatment plan that requires no recovery time and is proven to be safe. This non-invasive therapy was designed for men affected by ED to improve sexual experience. RejuvaWAVE® Shockwave Therapy produces pulsating waves that increase blood flow to the penis by dissipating plaque buildup and invigorating the growth of new blood vessels. This results in more sustainable and stronger erections. The pulses stimulate a healing response that awakens the dormant stem cells and growth factors in the male genital organ for a renewal of erectile tissue. This contemporary erectile dysfunction treatment does not require any medications during recovery and there are no harmful side effects.