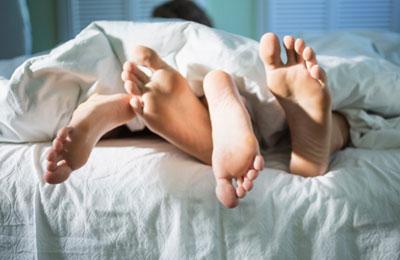 More young men are seeking to improve sexual performance. The Journal of Sexual Medicine published a study suggesting that a quarter of men presenting with erectile dysfunction were under the age of 40. In addition, many younger men who don’t suffer from ED may have simply lost a step or two in the bedroom. Regardless of a man’s age or performance level, shockwave treatment has revolutionized sexual performance enhancement in men – including for individuals who are not suffering from ED. The same technique that revitalizes penile tissue in ED sufferers can also be beneficial to men simply looking to add a little more spark to their sex-life.  This ED shockwave therapy has been used in Europe for over 20 years. Simply Men’s Health was the first in the United States to optimize and standardize the protocol with their revolutionary RejuvaWAVE®

It’s not a secret – practically since the introduction of erectile dysfunction drugs such as Viagra and Cialis, men have been using them for enhancement rather than treatment. Unfortunately, recreational use of these pharmaceuticals can be psychologically addictive, and may accrue long-term health risks. The effects of shockwave therapy are more enduring, virtually free of side effects, and the treatment doesn’t require painful injections or expensive drugs. The benefits of shockwave treatment for men not experiencing sexual difficulty include: increased sensitivity, shorter recovery intervals, and proactively addressing the underlying causes of any potential decline in sexual function.

Shockwave treatments were initially used to dissolve kidney stones using low-intensity acoustic waves. In 2002, European doctors discovered these sound waves could also be used to break up plaque in penile blood vessels while stimulating neovascularization – the growth of blood vessels. It’s also thought that shockwave therapy activates dormant stem cells, which in turn promotes tissue growth and general erectile function. Despite how it may sound, shockwave treatments are pain-free and entirely non-invasive. The procedure is quick, in-office, with no known side effects, and little, if any, downtime. Treatment typically only requires 6 to 12 sessions of 15 to 20 minutes apiece. Research indicates that this treatment might be more effective than medications and expensive penis pumps.

What to expect from shockwave treatments

Treatment is usually prefaced by a brief consultation. A qualified physician will inquire about factors such as libido, sleep, and hormonal issues, in addition to other relevant factors, before assigning a treatment plan. Numbing creams are used to eliminate discomfort. The procedure has been described by patients as an intense vibration. Effects are often experienced directly after the anesthetic cream wears off. During the first month, increased libido, sensitivity, and firmer and more frequent erections may be amplified in some patients. This amplification can equate to an enhanced sex life and tends to balance out after approximately 30 days. Other results may include increased size, improved performance, and greater sexual satisfaction.

The market for sexual enhancement is full of gimmicks. Many herbal supplements, penile pumps, and topical creams likely create more of a placebo effect than lasting results. Prescription pills may work, but they are expensive and simply temporarily influence the physical mechanism of blood flow rather than addressing the root causes of potential dysfunction.  RejuvaWAVE® is the FIRST and only shockwave intervention for sexual enhancement with a standardized protocol.   Since Simply Men’s Health first introduced RejuvaWAVE® is 2015, there have been many copycat treatments.  But, RejuvaWAVE® remains the gold-standard in ED Shockwave therapy against which all others try to measure up. This patented methodology is safe, proven, and held to the highest medical standards, and it can proactively improve sexual performance in men who want the utmost from their love life. RejuvaWAVE® is exclusively available to patients at Florida Medical Group – Simply Men’s Health connect with us online today.